I ran into Mr. Wu at the park. I used to avoid him, because he’d always tell me the same thing. “Three rules for a happy life. One, social interaction is most important.” I don’t remember the other two. Or maybe there were five. Anyway, it made me feel like he was just using me to check off his list for the day. Social interaction, done.

But Curry’s owner told me that Mr. Wu is ninety-something. A good 10 or 15 years older than I assumed, and still coming to the park every day with his dog. It’s a full mile around the park, and Mr. Wu walks it at least once. So I’ve begun seeking him out.

This morning, after leading off with the three or five things, he told me, “I’m the luckiest guy in the world.” He came to the US from China when he was 16. He was 18 in 1943, when the US began allowing foreign-born citizens into the armed forces. Mr. Wu joined the air force. He got a lot of flack from soldiers who called him a Jap.

After his training, he was first stationed somewhere in Europe. “The Southern soldiers treated me like a houseboy,” he said. “My sergeant told me, ‘Make my bed.’” The first day I thought, ‘Well, I’ll do it.’ The second day, he said, ‘Make my bed.”

“I said, ‘Sergeant, I made your bed yesterday because you asked me. But please, sir, don’t ask me again.’”

“He said, ‘You want to be transferred?’”

“I said, ‘Sure.’” So I end up in New Guinea, flying and back forth to the States on troop transport. That other unit ended up in Normandy. I came back alive. Like I said, I am the luckiest guy in the world.” 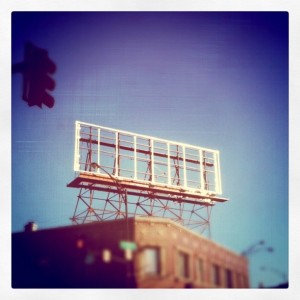 Ready for the next thing.

Yesterday I said goodbye to the play I’ve been working on since February. For days I’d been telling myself I was close to finishing because I had more than 70 pages, but I admitted that what I actually have are a cool idea, a couple of good scenes, and a bunch of what I’d call bridges — scenes without conflict, without action, that just get us from place to another. Some bridge scenes are okay, even necessary, but somehow I’d boxed myself in with them and felt incapable of freely imagining different characters, locations, or situations that could make the place stay alive.

I felt so discouraged, and yet so unwilling to give up. Dave came in on a break from his work and I said, “Tell me it’s okay for me to give up on my play.”

He said, “Maybe you just need a break.”

“No,” I said dramatically, “it’s awful, it’s terrible. I’ve worked and worked on it and I have nothing to show for it.”

“Well, it’s one hundred percent your choice,” he observed. “If you’re not enjoying it, it’s probably not worth it.”

“True,” I said, not really believing him. It seemed so important. My Play. The one I bragged about when people asked what I was up to, the one I worried would upset the family when it hit Broadway and suddenly everyone knew our fictionalized business, the one I’d poured my heart and soul into. Or maybe I hadn’t, if here I was trying to figure out how much crappy dialog I could cut from a scene and still have enough to get my characters from the living room to the bus depot.

Dave added, “Maybe you’ll re-purpose it for something else later.”

“Maybe.” I closed the file and we took the dog for a walk.

Yesterday we also went to a wake. It was for a cousin of my late dad’s, Fred. Fred was a tall, handsome sweetheart of a guy who’d worked for Sears, had fought in World War II and been captured by the Nazis but escaped after 18 days (for which, I learned from a scrapbook near the coffin, he received one dollar per day from the US Government; I’m not sure if that was instead of or in addition to his regular army pay), and was an avid Sox fan.

After 92 years, he went very suddenly. Joking on the phone at 7pm, a stroke an hour later, a night in the hospital surrounded by his tall, handsome family, and gone by morning. Fred’s last words to his kids were, “How did the Sox do tonight?” This was funny in one way to all the baseball fans at the funeral home, and in a different way to people like me, who know little and care nothing about sports. I can’t imagine being on my deathbed and worrying about some guys who don’t even know I exist. It just doesn’t seem real that sports fans care as seriously and intensely as they seem to.

Which reminds me of my brother, who doesn’t understand why anyone would watch a play, much less write one. To him, it’s all just a bunch of pretend reality that has no point when you’ve got real reality all around you. He, incidentally, is a huge hockey fan. And that makes me feel better about abandoning my play. Not because I think plays are less important than sports, but because if his obsession seems as dismissible to me as mine does to him, it’s possible that we could both be right.