On January 1 of last year, Toots and I started a writing game. We’d spent most of New Year’s Eve watching Slings & Arrows, which is not a prerequisite for the game, but it helps.

We could have spent the day watching Season 3, but unspoken between us was the knowledge that watching TV, no matter how good, was not the way we wanted 2015 to start. Django and I walked Toots to the train, and New Years festivities were officially over.

Either player can start the game. Toss a coin maybe.

After the dog walk, I wanted to lay on the couch and read. Instead, I got my notebook and a timer, and decided to write for 20 minutes, using the word “Frame” as a prompt.

Player 1 chooses a word and texts it to Player 2.

Set your timer for 20 minutes.

Write the word at the top of the page.

Continue writing anything at all until the timer goes off.

When you’re finished, text “Done” to your partner.

When your partner is finished, they text “Done” to you.

After both players have texted “Done,” Player 2 chooses the next day’s word and texts it to you.

When I was finished, I texted Toots to tell her how my new year was going. She liked “Frame” and wrote for 20 minutes too.

“Want to do this again tomorrow” she asked.

So she texted me a word for the next day: “Challenge.”

Wait your turn: Don’t text your partner the next day’s word, even if YOU’RE done, until they’re done too. With the exception of…

Doubling down: If you absolutely cannot write on a given day, you may “Double down” the next day. Text this to your partner, and send or receive the next day’s word. On the next day, write for 20 minutes per word.

Tripling Down: See above. You’re getting into dangerous territory, but it is possible to get back on track. Don’t give up.

On a dog walk yesterday, I lamented to Dave about how much I miss this game. Not that I wasn’t relieved for it to be over – a whole year of doing this has its ups and downs, and it’s nice to be able to freely journal again, without the word “Level” (Jan 22) or “Arriviste” (July 19) or “Cope” (Nov 11) staring at you from the top of the page. But I loved sharing the ups and downs with Toots. And completing 365 days of shared words felt amazing.

Set your phone on silent if you don’t like getting texts at 3am.

After listening to me alternately whine about missing the game and celebrate the fact that I never again have to write about “Suppository” (Dec 30), Dave decided that he wanted to play this game. He called a friend who said, “Sure.” They had to double down immediately to catch up to properly start from January 1st, but they’re on track now to do it COMPLETELY WRONG. They’re writing too much. They’re texting each other  every twenty minutes with a new word. I think they’re on like Word 4 and it’s only January third. They’re going to burn out! But I’m keeping my mouth shut. It’s none of my business.

Look up the word before setting your timer. Even if it’s a simple word. You might learn something.

Type if you don’t want to write. Any technology is fine.

But why a pencil? Who would write for twenty minutes with a pencil?

On today’s dog walk, Dave told me a bunch of interesting things about “Sewer.” Apparently it’s related to “Sewing” and “Serving,” which connects to “Steward.”

I might choose “Steward” today if I were still playing with Toots. But our game is complete.

Yesterday Toots came over to watch “Lovejoy” but we ended up watching Slings & Arrows. The temperature in the room changed, as she said, when we learned she’d never seen it. Lovejoy is a fun thing to bond over—our mutual adoration of Ian MacShane, our affection for the Lovejoy world where everyone pretty much just cares about antiques, enough to kill for them, but mostly just enough to look menacing and almost kill until Lovejoy ambles along and saves the day—or, at any rate, when the day gets saved by some ramshackle coincidence. Then they all go to the pub for a pint.

I wanted to make a test batch of chili because contrary to Dana’s email I don’t actually like to make chili. I just thought it would be easy and I know I’ve made it before, and it was good. But I don’t know what recipe I used, and browning the turkey always stresses me out. So I picked a recipe and decided to stick with it exactly and I did mostly, but I always pick the easy version in my online search—Easy Turkey Chili! Easy Thanksgiving Stuffing!—and then scoff as I cook because it doesn’t have enough interesting ingredients. So I add some.

I made the chili and set it to slow cook and then drafted our proposal for a new freelance project and corresponded with the shuttle service who might get me from Redmond airport to the middle of rural Oregon for the residency next April. They are willing to stop at a Whole Foods or Trader Joe’s for only fifteen extra bucks. I feel like I’m walking on bubbles, up on top of bubbles, because so many good things have happened lately and this is not where my heart is used to processing emotion. I’m trying to find a way to be calm and wise about it, so that when the many things are rejections and losses and just plain nothings, to which I am more accustomed, I can be just as calm and wise.

Taking a lunch break to read Pam Houston’s Contents May Have Shifted put me on more familiar ground because it made me wonder, God am I just treading her ground with the small stories I’m sharing, only hers are about surviving an Alaskan mudslide whereas mine are about being afraid of ground turkey?

But I set that aside, because I can’t go down that road or I’ll never get to tell you how desperately important it was that Toots and possibly you, if you haven’t, see Slings and Arrows. Standing in the kitchen after she’d arrived, catching up from the week, having a slow drink before the chili, I can’t remember whether it was Dave or me who mentioned something Slings-and-Arrows-related and Toots said, “What’s that?”

And suddenly it was like an emergency operating theater. “What? You’ve never seen it? I think maybe I’ve heard of it. You. You have to. You can’t go another day. Lovejoy is out. But it’s not on Netflix anymore. We’ll find it. Where’s my phone? How do I? Oh, I’ll try the TV.” And then it was on Acorn, and we fixed our bowls, “Come on come on, we’ve got to fit as many episodes in as possible—there are only 18—does everyone have napkins? Okay, go.”

And this makes sense if you are the sort of person who can appreciate both the charm of one show which is really lovely even when it’s awful and the plot points only sort of connect, and the humor and utter seriousness of another that’s constructed of a thousand truthful details that build so cleverly to reveal what is wonderful and awful about loving something so much that it makes a fool and a hero of you, all at the same time. 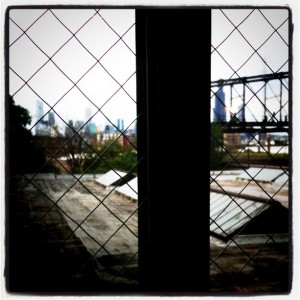 The benefit was grand. I heard there were celebrities there but I didn’t have my glasses on so I couldn’t say for sure. Also, when your TV source is Netflix on Demand your celeb meter is skewed. I’m pretty sure no one from Battlestar or Slings & Arrows passed by.

More importantly, my dress was fab and I met someone who got me thinking about having a good death. About how the desire to die well, whatever that means to you, recasts every moment of your life starting now. And yes, I know I’ve heard that before, but like a MacDonalds ad, you have to see it at least three times before you robot in and buy your whatever-it-is-in-a-cup.

Talking with this new and interesting person made me realize that I’ve always assumed the appropriate pre-death mindset will kick in as my body nears the gate (assuming I receive advance notice). But this person told stories of people going kicking and screaming. Not good deaths. As far as we know. When my mom neared death, she spent weeks talking about how she wished she had the faith she’d always acted like she had in church. She was afraid, and she asked everyone from the priest to the neighbors how to get real faith. But in the day or two before she went, something changed. She grew ready. Her fear seemed to diminish as she looked closer into death.

A bunch of the speeches last night were about artistic community and how it’s all about the love. Then afterward, there were off-the-record stories of snippy comments and hurt feelings. All the same cast of characters. I think everyone was telling the truth as they saw it at that moment.