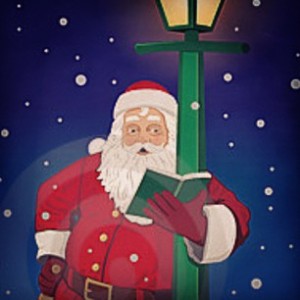 Dave says he’s not sure I enjoyed the David Sedaris concert tonight. I think I did. He made me laugh at characters who were smarter and more amusing than me, mostly Europeans. He read some stories and also some diary entries, which I especially liked. He recommended that everyone read Peter Hessler’s RiverTown, and said it was for sale outside in the lobby, along with his books. It felt like how I imagine an Oprah show used to feel, only more personal and focused.

A couple of odd things happened at the show. One was just before Sedaris came out. A public radio host appeared onstage and welcomed us. She provided some background on the Sedaris-Ira Glass-WBEZ connection. She said that Sedaris is not just an NPR phenomenon but an actual “rock star.” Some people cheered at that, and I was reminded how unusual it was that almost 4,000 people were gathered just to hear someone read to us.

Then things got uncomfortable. The host said she wanted to perform a scientific test and to help out, we’d just have to answer yes or no to her question. “Okay, here’s the question,” she said, and then paused between each word: “Do…you…like…David…Sedaris?”

Well, probably we do, since tickets cost about sixty bucks each and we’re all here. Also, I don’t like cheering on command. But I do like David Sedaris, and she’s asking, so along with everyone else, I called, “Yes!” and also clapped. I thought, maybe this is the warm-up, like they have at talk shows. I haven’t been to a talk show, except Jenny what’s-her-name many years ago, but I do remember the guy making us clap and cheer, maybe when the applause sign went on. I couldn’t imagine why we would need to practice for a David Sedaris reading, but this was my first time.

The host said our response was not clear enough. “Let’s try this again.” I was now extremely uncomfortable. I wanted to rebel against this forced display of affection, but I realized she could make us answer again and again, like when I’m at the sing-along part of a concert and the performer makes us repeat the chorus until we hit our levels.

I wondered if Sedaris had some kind of pathological insecurity and this was something he required before walking into any public speaking event. But if that was the case, surely one of my friends who’d seen him before would have mentioned it.

Then I wondered if the host didn’t have time to do a full crowd warm-up, so she was trying to speed things along by just having us reflect the thing that she wanted us to feel.

Then I wondered if she was uncomfortable with the task of warming up a crowd, so she was coping by taking a metaphysical approach, like when actors speak their subtext.

Then I wondered if she wasn’t trying to warm up the crowd at all, but actually was performing a scientific experiment. “Louder, people: Do. You. Like. David. Sedaris?”
I screamed, “Yes!” and also stamped my feet, praying please, please don’t make us do it again. He came out and started reading. Whew.

About two thirds of the way through the show, another odd thing happened. People started filing out. I mean, in droves. Okay, not in droves, but in our section, an upper balcony that started out almost full, I looked around and there were only two other people in our row. He was reading from his diary at this point, so at first I wondered if people could possibly not be enjoying this. Then Dave leaned over and said, “People are probably getting in line for the book signing.”

As people continued to leave, I wondered if they were repeat fans who had come to see him many times and knew the real show was the signing. Part of me wanted to leave immediately and buy a book for him to sign, but after an embarrassing exchange with John Gorka a few months ago, I’ve decided never to get anything autographed ever again unless someone’s life depends on it. Plus, David Sedaris was onstage.

After the show, when we walked out through the lobby, I looked for the book signing table. I figured it would be near the bookselling table, but I couldn’t see it. When we met up with our friends and walked back toward the exit, I realized the whole north half of the Auditorium lobby was the book signing table—or at least, the line for the table. It was a huge maze, exactly like the kind they set up in department stores for visiting Santa, and it was packed with adults clutching their books and looking excited. Given that “SantaLand Diaries” is the story that introduced many fans, including me, to David Sedaris, it was an odd image. Odd in a way I maybe would have cheered for, spontaneously, if I’d known about it before the show.