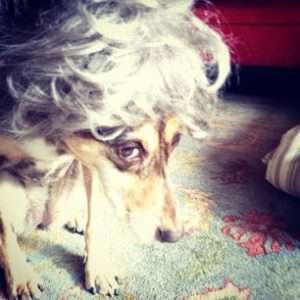 I went to a play last night. It was at a very fine theatre. It was a famous play by a renowned playwright. The theatre was in a wealthy suburb. I couldn’t believe how much parking there was.

The play was about a middle-aged man who lets an old homeless man stay with him for a while. The audience was mostly senior citizens, in pairs. The play is set in one room, with piles of junk all around. The audience is placed within the room, in rows on all four sides.

It can be hard to stay awake sometimes. But by my count, three people were already sleeping when the play began: one guy in the left section, second row; one woman in the far section, second row; and one man in the right section, first row. Next to him, his wife had her eyes open, but she wouldn’t look at the actors. Whenever they were near her, she faced away from them. She was sitting right next to a pile of junk. During scene one, a character removed the junk to reveal a bed.

The acting was excellent. The conflicts between the kind middle-aged man, the alternately ingratiating and arrogant old man, and the unpredictable third man who owns the room were well-drawn. But for real drama, it’s hard to beat watching a gray-haired woman refusing to look at a gray-haired actor playing a stinking old man who is pretending to sleep right next to her.