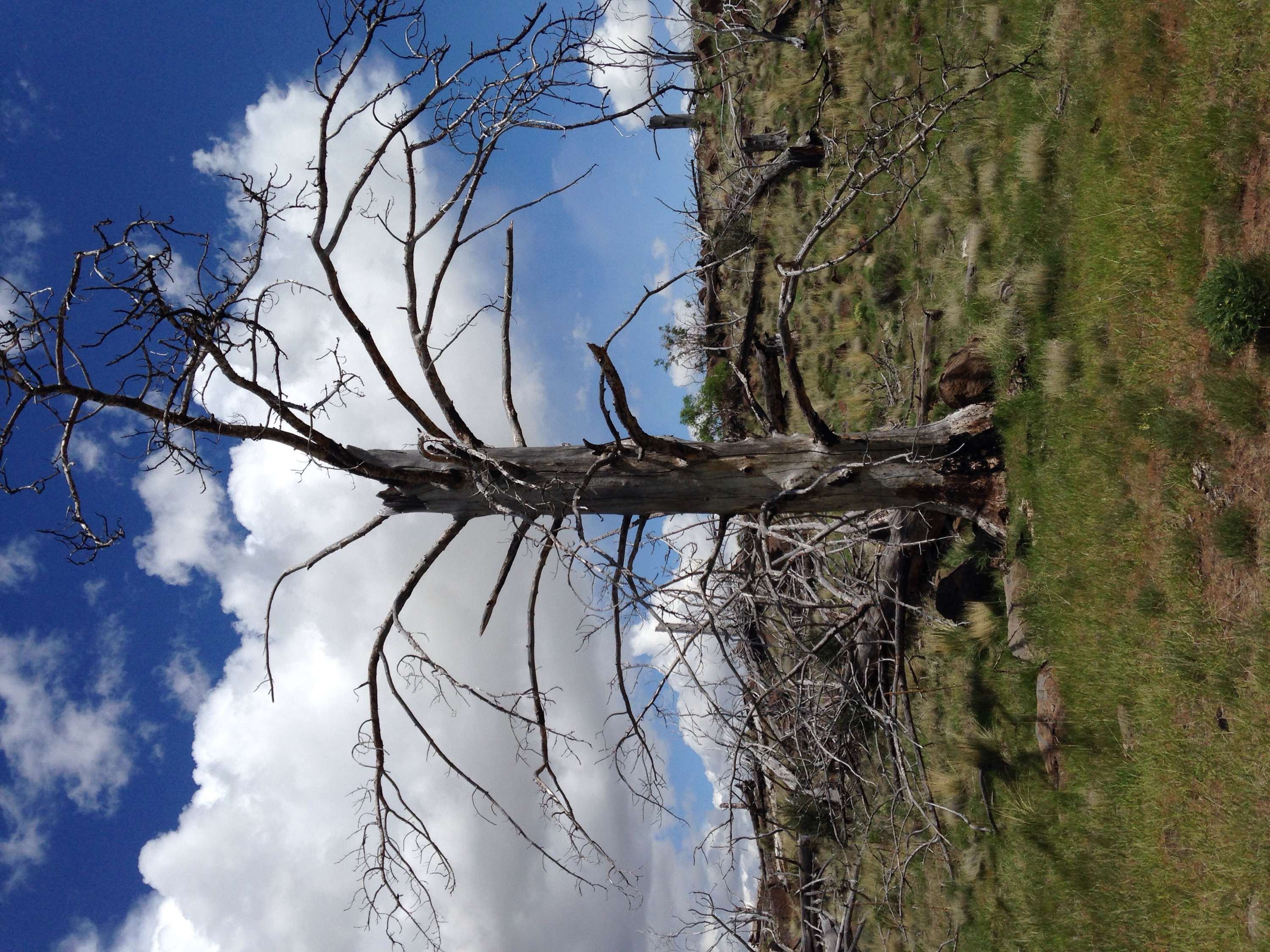 Most of the years I knew Russ were spent hoping he’d remember who I was. We were introduced several times, first by a friend who was in town to see Ballad Hunter and took me. Russ was in the lobby, greeting a long line of people with his raised eyebrows and deep voice. A couple years later I signed up for a class, and when I walked into the office Russ was in there alone, somehow stranded among long tables. “Downstairs,” he said. The look on his face suggested that he couldn’t believe I had just done something as idiotic as his eyebrows had just witnessed, even if it was just walking through a door. I didn’t understand then that that’s just how his eyebrows were shaped.

Over the years, I took more classes, and joined the network, and people continued to introduce us — Arlene, Trina, sometimes even me, not always sure it was necessary but seeing no sign that it wasn’t. His eyebrows would go up in surprise or dismay or maybe, in retrospect, because that’s just what they did.

Then I took a class from Russ, Marketing Your Play, and he took me to task for including both my first name and my first initials on my resume and cover letter. “You have to pick one or the other,” he said. I’d heard this before, in other classes with guru-like teachers who’d prodded us toward the just-be-yourself thing, but something about Russ’s eyebrows convinced me. I went with MT. In class next time, Russ seemed to find this no better or worse than going with Mary-Terese, though he said something about initials being a bit of trend with female playwrights.

A few more years went by of seeing Russ at readings and plays, and hearing Arlene say, “it’s great you’re directing this, Russ will notice that.” And maybe he did. He always looked at me in just the same way, like he had no idea who I was, and I’d mumble “MT,” and his eyebrows would go up like I’d said something very strange or maybe he was simply acknowledging me, it was just so hard to tell with those eyebrows.

At one table reading of a play of mine that Rich Perez had kindly organized, Russ said only, “I almost didn’t notice that nothing happened.” I’d been hoping for “brilliant, luminous,” those shiny words that writers long for. What I got was a specific opinion that was easy to dismiss. “He just didn’t see it,” I defended myself to my husband later, and included my best imitation of Russ’s eyebrows.

But as I came to see after I put the play away for a while, disappointed that it wouldn’t be winning the Tony that year, what it needed was for stuff to happen. Not because of the stuff, necessarily, but in order to explode it from tone and texture into living drama.

Then, a few years later, I got to Will Dunne’s class and sat down, and Russ popped his head in the door. “Come see me after class,” he said, furrowing his eyebrows, and I wondered what I’d done wrong. Then, in the same tone, he added, “I want to talk to you about your wonderful play.”

I sat through class in a fog. Afterward I knocked on his door. He was eating lunch, and he waved me to sit down, and set his food aside, and told me in detail what he’d found special about the new play I’d written. His eyebrows were the same but somehow they looked different. Kindly. Engaged. I couldn’t seem to hear what he was saying, and kept telling myself, “Listen, listen,” because I knew they were the words I’d wanted, but I couldn’t experience them. All I could think was, “He’s so kind. How did I not see how kind he is?”

He told me he wanted to help me in any way he could, and to call him at any time of the day or night. I quipped, “I’ll try not to call at two a.m.,” and those eyebrows went up, like either I’d made a bad joke or not a joke at all, or maybe like it was a fine joke and he was in on it too, and he said, “Absolutely any time at all.”

Today I’m sitting in a cabin in Oregon, far from Chicago and the reality of Russ’s being gone. I’m working on a new play, something I get to do more of now because Russ believed in me and made good things happen for me, and I’m remembering to let action in, because without it I know just what his eyebrows would do. And those eyebrows would be right.

One thought on “Thank you, Russ”