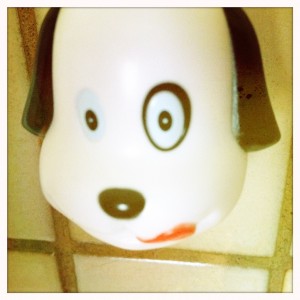 I’m definitely not using this shot.

I have too many secrets. My upper lip is disappearing. I can’t write about my funny adventure today because I can’t reveal a certain surprise for a certain person’s husband. I don’t know if he reads this but I can’t take any chances.

I would have used an exclamation point up there but due to a New Year’s resolution I can’t use exclamation points. I keep falling down on the thankses. ‘Thank you so much.’ looks bitchy, but ‘Thank you so much!’ I can believe. So to keep my resolution, I have to be much more specific in my language. “Thank you for taking your evening to download and fix our Photoshop brochure so I can get it to the printer you recommended. If we land a good distributor it will be due in part to your final Photoshop tweaks and your expertise about print shops, and in any case I truly appreciate the help.” That’s too much to say on my phone so Vandamm just got a “Thanks!!!”

Actually, it’s not a lot to say on my phone but it is a lot to type. I wouldn’t say it because Vandamm and I don’t talk on the phone. We talk in person. On the phone we text. That’s just how the tent poles were set in this particular friendship.

Tent poles are another thing I can’t talk about. I alluded to them with Sunflower when we met for brunch the other day. We hadn’t seen each other for years, and it was uncanny all the parallels we discovered—names, scarves, parents, interpersonal dramas—but I can’t talk about those because while I’m not particularly private about my personal life I don’t want to expose someone else’s. See? I can’t talk about anything.

Maybe it is okay to talk about tent poles. They were just a metaphor used by an improv teacher we had when we first met, and surely it’s okay to talk about improvisation. When you make your opening declaration in a scene, you’re setting your tent poles—that is, you’re defining the space of this scene, the world, the rules. You and your scene partners want to set the poles far enough apart so that there’s room to play.

Or maybe it’s that you need to make sure you don’t step out of the tent during the scene. Or was it that you need to make strong declarations that drive firmly into the turf, so the scene doesn’t fold in on itself? That teacher and I ended up getting involved, so maybe I didn’t listen well enough. Heck, maybe Sunflower got involved with him too. I never asked. But it’s probably somewhat the same whether you sleep with your teacher or not, if you’re passionate about the artform. Either way, they can deliver you or take you for granted or make you feel totally amazing, until you learn that only you can really make yourself feel totally amazing, but I can’t talk about that because it sounds like something I’m not even talking about.

One safe topic from my Sunflower lunch is that it is so weird that we both have the same scarf! I mean, that we both have the same scarf. Purchased separately, during the years where we never ran into each other once, from a store miles away from both of us. When I complimented Sunflower’s scarf and told her I had the same one she scoffed, “I got it at Marshalls!” (exclamation point hers)

“So did I,” I said, “unless it was TJ Maxx.” They’re both on the same stretch of 75th Street in the suburb where both our mothers lived, so Mom and I shopped at both interchangeably, until she got detained at the TJ Maxx.

It was a scandal, resulting in a stern letter from my father to the president of TJX, which incidentally is the parent company of both TJ’s and Marshalls. Dad reprimanded them for dragging a loyal customer into the tiny, scary security office and threatening her with police action, just because she was looking through purses for a price tag because there was no tag on the one she wanted to buy. Ultimately they apologized and eventually Mom started shopping there again, though she often cautioned me, “If you don’t see a price, ask a clerk. Don’t give them any excuses.” But I can’t talk about that because I promised I’d never tell.

About the only thing I feel safe talking about is how my upper lip is disappearing. Is it age? Has it always been mostly not here? I only noticed its absence when I looked at hundreds of headshot photos my friend Chris took the other day. In most of them, my upper lip appears to be missing. The only reason I can talk about this is that I’ll only use the half-dozen shots where it’s beautifully if tentatively in attendance. It’s a visual secret: I’ll tell, but I’ll never show.

11 thoughts on “Our lip is sealed”