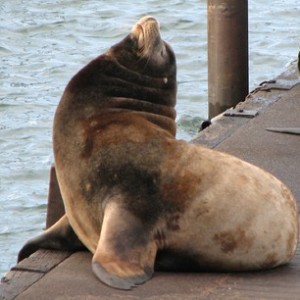 In the distance, a phone rings. Softly. Insistently. End of play.

Yesterday was my last class with Will Dunne, of the translations exercise I talked about back in October. Over the term, I’ve completed the second draft of my play, “St. George on the bus.” First draft, written earlier this year, was 79 pages and seven characters. Second draft is 33 pages and two characters. I can see things I need to develop more, or unpack as Arlene Malinowski says in my Saturday writing group, but I don’t think the next draft will be longer than 40 pages. Maybe it’s a one-act, maybe it’s a first act in a longer piece I don’t see yet. But I think I see where it needs to go to complete itself. I need to dig back in to push the characters into declaring their wants and needs a little more strongly, so they can fight a little harder, and be a little more of who they are, and make the story more of what it is.

I tend to write characters who are too ambiguous, a tendency that can make a writer feel like she is very deep. ‘Cause the characters are so “real.” And if you have a strong story—that is, a story that your characters are driving with strong wants and needs, then there’s room for ambiguity and yes, it’s super-deep. But if the story is somewhat tenuous, because your characters are half-moving and half-wanting in too many directions at once, it loses momentum. It becomes static.

A collage is not a story. The viewer can certainly make a story of it, but that’s not the same thing. If I order a chef salad I’m not asking for a head of lettuce and a block of cheese. Dressing on the side, sure, but don’t make me decide whether to slice or quarter the egg.

We went to a friend’s the other night and he screened the short film he’s making. It was beautiful, with sure pacing and compelling action and a tone that feels very specific. But then it just sort of stopped. Not ended, but stopped. Or at least that’s how I felt. Then Dave said the same thing, and our friend said he’s struggling with that too. The problem is, how to end it in a way that satisfies all major collaborators on the piece. Turns out each has slightly different thoughts about what front end means, so they’ve created an ending ambiguous enough that you can interpret as you wish. But because the ending didn’t feel like an ending, it made me question what I thought the whole thing was about. And not in a deep way.

Maybe my vision of story is too uptight. Maybe I take stories too seriously, because of my own struggles with middles and ends. I sort of want to add a phone ringing to the end of my St. George play, because as it ends right now, character 1 leaves character 2 behind. It’s kinda sad, because character 1 has made a choice that will propel her into a more honest and brave place in her life, and character 2 has retreated. And the connection they once had is gone. So character 2 is sitting alone at the end. Aw, it’s sad. And if the phone rings, and we can assume it’s character 3 calling, and it rings and rings but character 2 is too sad to pick it up, isn’t that even sadder? And the lights are slowly fading and the phone just rings and rings…are you getting teary-eyed? You’ve only seen that once or twice in plays or movies before, right? Or maybe six or seven times? Or 20? But the real point is, if it were happening in my head and I couldn’t deny it, I would know it was right. It would be an ending and not just an idea.

The other problem I’m struggling with is relevance. But I’ll save that for another day, because Django is bugging me for a walk, and I’ve just received an email from my godmother, telling me about a writing award my distant cousin David Holroyd just won in England, for his story, “Deliver Us From Bobby!” It’s a wonderful piece, incidentally with a perfect ending: “As for the aggressive miner, we never saw him again.”

6 thoughts on “Endings and what comes before”